With thousands of pounds raised for charity and more than a tonne of goods donated to local food banks, Southern Co-op is thanking its customers and colleagues for their generosity this Christmas. 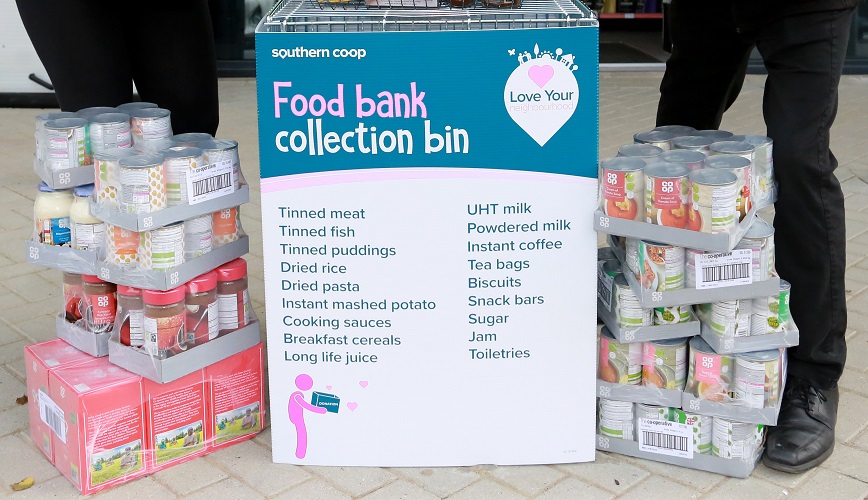 The regional, independent co-operative ran a number of community initiatives over the festive period with a focus on supporting those affected by the pandemic.

From festive bouquet sales to reverse Advent calendar donations, more than £18,000 of funding and products have been donated to around 180 local charities and good causes via its funeral branches and retail stores across the south. 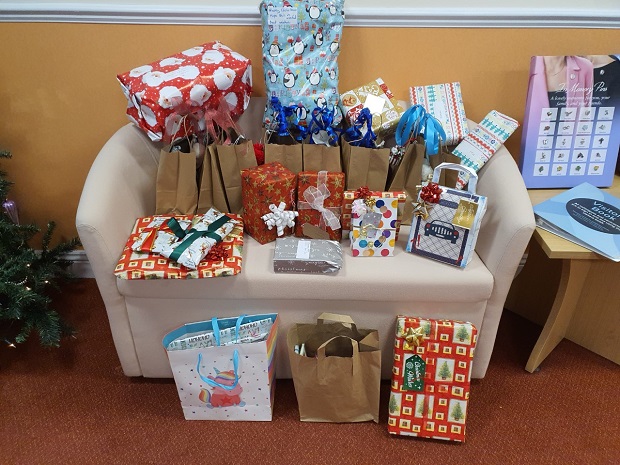 Holly Bramble, Community and Campaign Co-ordinator at Southern Co-op, said: “Despite it being a tough year, people still found time to give a little back at the end of 2020 which is incredible.

“Our stores and funeral homes are part of their local communities so our colleagues alone have donated more than £6,500 worth of products to 151 local groups. Donations have included thank you hampers to local groups making a difference, gifts of food to help local families, and Christmas presents for the homeless.”

One of Southern Co-op’s festive initiatives was raising money for NHS Charities Together by donating £1 from the sale of every festive bouquet. A total of £10,390 was raised thanks to Southern Co-op’s retail customers which will be added to thousands of pounds raised by other co-operatives nationwide and well-known brands such as Marmite and Starbucks.

Southern Co-op’s coffee shops, Starbucks franchises which are part of Cobra Coffee, also donated £3,000 to the cause following the sale of colour changing reusable cups with 50p going to the charity from every sale.

The money raised by the campaign will be distributed by NHS Charities Together to NHS charities across the UK who will use it to provide the support that will make the biggest difference for the staff, volunteers and patients.

That could include providing hot meals and a place to rest for staff working long hours and specialised psychological support for those struggling with stress, trauma and separation from their loved ones.

Holly added: “One of the biggest surprises has been how much people donated as part of our reverse Advent calendar where people were asked to donate a different product for each day of Advent.

“To date more than 1.3 tonnes of tinned and packet goods, toiletries and treats have been donated to the local food banks we support. This will make the world of difference to lots of people’s lives. Thank you.”

The Co-operative Funeralcare in Gillingham also exceeded expectations and collected 72kg worth of products for the local food bank.

The latest groups to receive the funding are: The Moving On Project – helping people aged between 11-25 in the Fareham and Gosport area; Denmead Neighbourhood Watch; Friends Without Borders – supporting asylum seekers, refugees and immigrants within the Portsmouth area; Hollingbury Park Playgroup in Brighton; Calls and Visits for the Homebound – a new voluntary group operating in the Hart district of Hampshire; Chichester Down’s Syndrome Support Group; Southbourne Primary School’s Parent Teacher Association; and Overton Cares – a group of local volunteers in Overton.

Thousands of pounds of micro grants are still available to good causes helping communities affected by the coronavirus outbreak.

Organisations based near Southern Co-op’s stores or funeral homes can apply for grants using their new or existing Neighbourly profiles via www.neighbourly.com/goodcause/ and using the referral code SouthernCoopPartner